Bihar is visited by many tourists from around the world. This state (Bihar) is home of two UNESCO heritage sites. The culture and heritage of Bihar can be observed from the large number of ancient monuments which are spread throughout the state. https://english.tarunbharat.net/Encyc/2022/4/5/travel-and-benefits.html Heritage site The Mahabodhi Temple is an ancient, but much rebuilt and restored, Buddhist temple in BodhGaya. 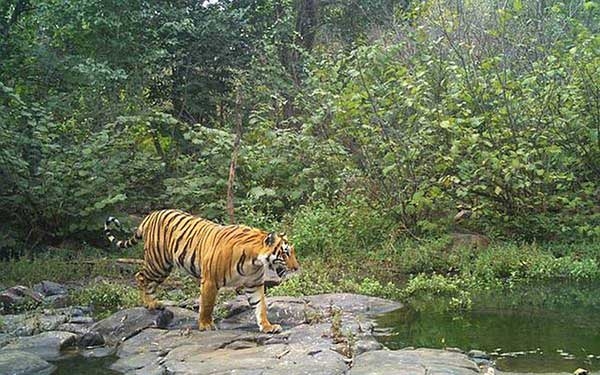 Valmiki Tiger Reserve - One must visit Valmiki Tiger Reserve forms the eastern most limit of the Himalayan Terai forests in India and is the only tiger reserve of Bihar. Situated in the Gangetic Plains bio-geographic zone of the country, the forest has combination of bhabar and terai tracts. Valmiki Tiger Reserve lies mostly in the West Champaran district of Bihar which means Forest of Champa trees. This sanctuary is reported to shelter of 250 species of birds, 53 mammals, 145 birds, 26 reptile and 13 amphibians. 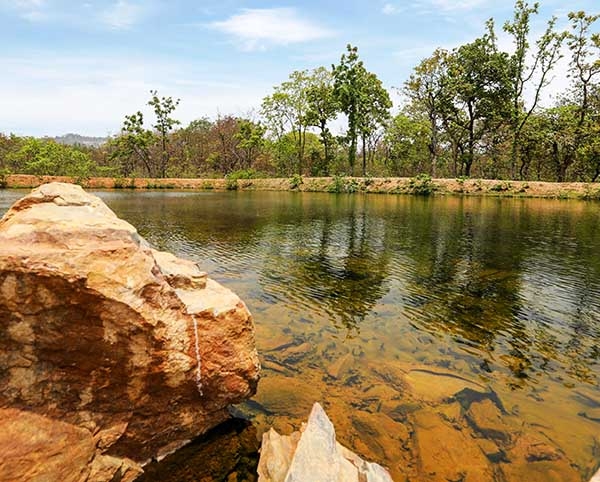 Bhimbandh - Inside the deep Kharagpur forest, (Bihar) there’s this scenic spot with a natural waterfall surrounded by hills from the three sides. According to Mahabharata; Bheema, one of the pandavas, constructed a dam (bandh) here and therefore it is called Bhimbandh. and known for warm water sources. Bhimbandh Wildlife Sanctuary is located in the south west of Munger district. The forests cover an area of 681.99 square kilometers on the hills. It is situated at a distance of 56 km from southern border of Munger and 200 km from Capital Patna (Bihar) Airport. Bhimbandh is situated south of the Ganges River, at the northern edge of Chota Nagpur Plateau and west of Santhal Pargana. There are several hot springs of which the finest are at Bhimbandh, Sita Kund and Rishi Kund. All the hot springs maintain nearly almost same temperature all year round. 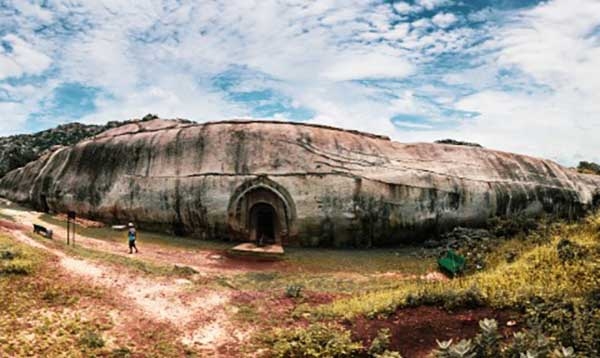 Barabar hills - Unarguably, Barabar hills are the most sought-after tourist destination of Jehanabad district. It is a home to the world’s oldest surviving caves. Being a rare historical site today this has become an international tourist destination and attracts fair number of foreign tourists every year. For thousands of years these caves definitely remained as religious centers for innumerable Jain monks, but there are historical records to prove that even Gautama Buddha had meditated in these caves. It has the special echo effect feature; which means that any sound made here lasts for 3 minutes. These hills are significant from historical, ecological, folklore and social points of view, making it a place worth visiting. Forming the easternmost part of the Vindhya Range, beginning near Katangi in Jabalpur (Madhya Pradesh) and ending near Sasaram in Rohtas (Bihar), the Hills have sheltered human activities since the most ancient times, and one still finds several imprints of the activities of our early ancestors, with prehistoric rock shelters dating to even earlier than 10,000 B.C. More than 500 pre-historic rock shelters have been found on the hills and several of these have been found to contain paintings preserving the artistic impressions of our early ancestors. 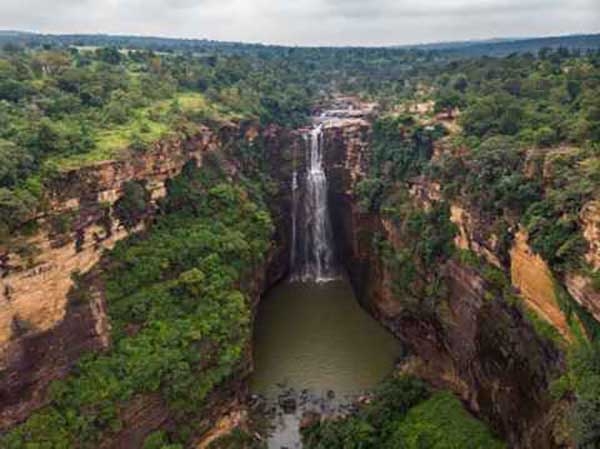 Kaimur Forests - Several beautiful waterfalls which attain their full glory during the monsoons are a visual treat. (Bihar) The water falls at Dhuan Kund and Telhara kund are often visited during the rainy season by local tourists for picknicking. Some other important waterfalls noticed so far include the Karkatgarh Falls on River Karamnasa, Falls near Budhua and Dhansa villages (Rohtas), Amjhor Falls and Tutrahi or Tutla Bhavani Falls near Tilothu. A large area on and near the Hills is now notified as the Kaimur Wildlife Sanctuary. The jungles of Kaimur (Bihar) had once served as an important home for the Tigers, now extinct here, with the last seen till the early 1980’s. Bihar is a rich state for Tourism and this is just a begining of travel. We need to travel a lot to Explore Bihar !